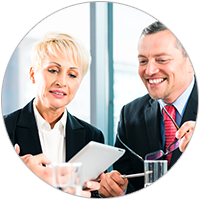 UAE is headed by Emir of the largest Emirate Abu Dhabi. The country's population is about 5 million people. The official language is Arabic and English. National currency is dirham.

There is no currency control in the country.

One of The World's Largest Financial Centers

UAE can be called a paradise for foreign business and investment. This country has a rich history of conducting international trade and financial activities. The country developed a modern means of telecommunications and a successfully functioning modern banking system.

The UAE is a politically and economically stable jurisdiction with a modern, flexible legislative framework conducive to foreign investment, the opening of offshore companies with foreign participation. Here there is no pressure from the European Union or the United States to increase tax rates, as is often done in relation to other countries. You can order services of reliable business consultants in UAE at Zenesis Corporation!

On the territory of the United Arab Emirates there are several dozen so-called free economic zones – FEZ, each of which focuses on the registration of companies with foreign capital in certain activities. They include legislative regime, the most favorable for attracting foreign business and investment.

Advantages of company registration in UAE

Company, registered in the free zones of UAE has a number of advantages: